Thanks to its millions of smart cameras, the Chinese regime is on track to generalize “social credit,” a system that rewards or punishes residents according to their level of virtue. Broadcast by RTS, the documentary “Everyone Under Surveillance: 7 Billion Suspects” describes this “digital totalitarianism” that has received a boost with coronavirus.

China plays a major role in the race for surveillance technologies launched after the attacks of September 11, 2001. After introducing face recognition cameras in 2008 on the occasion of the Olympics, China is now neck and neck elbow with the United States in terms of investing in artificial intelligence. Beijing’s goal is twofold: to strengthen its internal security and to become the world leader in artificial intelligence by 2030 with an annual budget of more than $ 60 billion. By comparison, the European Commission has just announced an annual budget of 20 billion euros.

Face recognition cameras identify each face according to its mathematical model, which has nearly 500 million digits. [CAPA production]The year 2020 is already a milestone for China with the implementation of the Social Credit System (SCS) throughout the country. More than 600 million surveillance cameras are planned this year to facilitate this assessment of residents (see below). At least 400 million would already be installed in streets, stations, buses, taxis, etc. Most are smart cameras that are capable of face recognition by modeling each face, which can hold up to 500 million digits. Some can identify people from behind, thanks to their gait. Others analyze behaviors, such as accelerations or sudden changes in body temperature, to spot possible criminals.

With the coronavirus epidemic, this technological arsenal exploded. Software has been developed that is capable of face recognition despite the mask, and the installation of thermal cameras to flush out the sick has become widespread, on police helmets, in buses or even on drones … In addition, the Chinese giant Alibaba’s mobile payment system now provides a detailed analysis of everyone’s movements. The application indicates whether the citizen has traveled to countries in the danger zone, or simply whether he has been in the vicinity of people with coronavirus. If an orange or red QR code is displayed, access to certain public places will be banned. This system is used in 200 cities, according to New York Times.

>> Read: Cameras continue to invade cities and China is breaking all records

All examined, all noted

Produced before the advent of Covid-19, the documentary “Everyone Seen: 7 Billion Suspects” reminds us that this massive surveillance is only the culmination of a more general population control strategy. “Digital totalitarianism,” as the film calls it, is not limited to smart cameras and geolocation; it is accompanied by internet surveillance (between 20,000 and 50,000 police officers are said to be mobilized for big data), generalized termination and finally “social credit”.

“SCS” is a system that assesses residents (Chinese and foreign) and businesses according to their level of virtue. It aims to combat indecency and more generally to maintain order. The fewer points a person has, the fewer rights they have. The sanctions can be loss of membership in the Communist Party, the ban on access to political or administrative responsibility, the inability to take out bank loans or benefit from state aid or even the ban on travel. In 2018, nearly 17 million Chinese were banned from flying and 5 million from high-speed trains. In addition to losing action ability, those with lower ratings are excluded. Their portraits appear on giant screens. In some provinces, a warning message sounds when they are called.

If France had had the “social credit” system, there would never have been the yellow vests 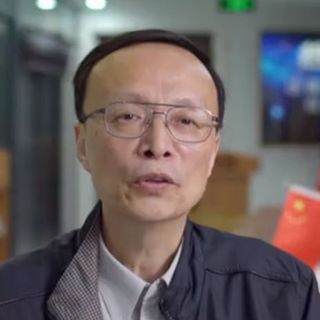 “Social credit” was developed in the early 2000s by a certain Lin Junyue, responsible for analyzing the bonus / malus insurance system in the United States. It was introduced in different regions in 2013. And it must now be generalized throughout the republic, albeit without a national standard. “Local governments are the ones who know best what suits them,” the National Reform and Development Commission quoted as saying China Daily.

The list of inappropriate behaviors varies by region: driving while intoxicated, crossing red lights, lacking education too much, burning leaves, cutting up illegal food, using too much toilet paper in the Temple of Heaven in Beijing. … Conversely, termination earns points, as well as planting trees, helping the elderly, repaying debts, etc. The “models of morality” have their portrait shown in public places, cut by hand.

Before, the government functioned in secret. Now he has the courage to say it openly 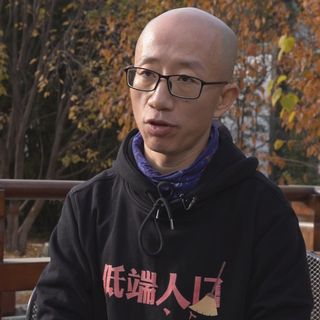 While the “social credit system” in the West is scary and regularly compared to George Orwell’s “1984” dystopia, this point control is viewed positively in China. Bathed in Confucianism (which values ​​virtue) and legalism (which values ​​law), the inhabitants of their majority seem to consider that the SCS allows the country to rise, after several scandals of fraud and corruption. The civilian opposition remains marginal. “With social credit, no one wants to try experiments, take risks. We become machines. I find it disgusting,” Ge Yulu confides to the film Ge Yulu, an activist known for placing scaffolding in front of surveillance cameras.

>> Read: China wants to assess its citizens based on their “social” behavior

Xinjiang, social control at its extreme

Civilian surveillance is being pushed to the extreme in the Xinjiang Autonomous Region, where Han (41% of the local population) and several Muslim minorities, including the Uighurs (45%), coexist. Since the violent clashes in 2009 between Hans and the Uighurs, the security budget there has been multiplied by ten to reach $ 10 billion. Face recognition checkpoints have been set up at the entrances to the city, at stations, hotels, shops, etc. The number of police stations has exploded.

Uighurs can no longer leave Xinjiang without permission. They are regularly searched and their phone includes a mandatory geolocation application. Talks on the street can be intercepted and a decoder has been given to households, says a refugee in Paris. In the capital Urumqi, ID card numbers are displayed at the entrance to homes, as well as a QR code available to local forces. The application attached it is connected to the surveillance cameras. It lists many other data, ranging from blood type to water consumption, including weight machines used or purchased Korans, specifies the famous French hacker Baptiste Robert. Algorithms analyze all this data to detect suspicious cases. But the level of virtue required is very high … 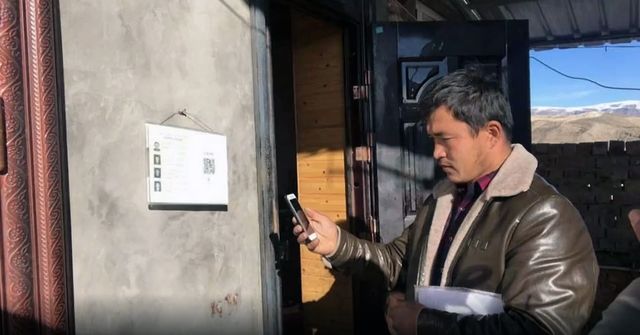 Each uigur is tracked by an application associated with a QR code located in front of their door. [CAPA]Between 19 and 25 June 2017, the database thus notified 24,412 suspects: 706 were placed in custody, while 15,683 others were sent for re-education in a “teaching center”, according to the consortium of journalists. More than a million Muslims are believed to be trapped inside a camp, ie 10% of the Uighur population, say several NGOs, including Human Rights Watch.

Journalists are no longer welcome in Xinjiang. Gathering information for the documentary was therefore very complicated. Surveillance, spinning, deleted photos: The authors of the film say they have been under a lot of pressure. Several of their rare witnesses have disappeared.

>> Read: Chinese “training” camps in Xinjiang subjected to a draconian regime and One million Turkish speakers are believed to have been detained in camps in China

To achieve digital surveillance of its population, Beijing has partnered with many mammoth companies, including the BATXs: Baidu (Chinese Google), Ali Baba (Chinese Amazon), Tencent (Chinese Facebook) and Xiomi (Chinese apple). These surveillance corners managed to raise money very quickly. Their market value is equivalent to 1132 billion dollars against 3438 billion for the US GAFAMs. BATX are “partners of the Xi Jinping system”, assures sinologist Alain Wang in the documentary, recalling that in China, any company with more than 50 people is required to have a Communist Party general secretary in it.

In addition, China is now home to six of the eleven unicorns of artificial intelligence, including SenseTime, a face recognition specialist who equips the Chinese Ministry of Public Security and about forty local governments. Beijing can also count on Hikvisionwhich had more than 20% market share in video surveillance in 2017, Dahua Technology, -one subsidiary of the sovereign wealth fund China Investment Corporation and ECCC (China Electronics Technology Group Corporation). Last October, 28 of these companies were blacklisted by Washington because of their responsibility in the repression of the Uighurs.

>> Read: Washington blacklists Chinese entities active in Xinjiang and Threatened with US sanctions for their repression of the Uighurs, Beijing concludes

>> See the Geopolitis file “All plotted”: “On the Internet, surveillance becomes imperceptible”