Global biodiversity is also at stake in zoos. And the conservation of species sometimes finds its salvation in captivity by endangered animals. Beauval Zooparc is one of the links in this new global chain.

Like other zoos, it has dusted off the image of Épinal, which stuck to zoos, recreating the colors of modernity into sepia snapshots of the collective imagination. For today, a zoo not only shows animals in cages. It participates in the conservation of species. Not just behind bars, but directly on the field. And the future of certain species is written in zoos. The latter is also the second largest funder in the world for species conservation, with more than $ 300 million injected into various programs each year.

“The reintroduction of an animal is a recognition of failure: it is that we have not succeeded in preserving the natural environment”

It is for this purpose that the Beauval nature was created in 2009 with a budget of 85,000 euros and eight conservation programs. Today, the association accompanies and supports 53 nature conservation programs and about 20 research programs, particularly in the southern hemisphere. These include reintroduction into their natural environment of animals born in zoos, such as gorillas in Gabon, condors in Patagonia or langur monkeys in Java.
“The reintroduction of an animal is a recognition of failure: it is that we have not succeeded in preserving the natural environment”

The approach is therefore broader. It is not just a matter of protecting endangered species, but of acting in situ on their environment. “We’re talking about global conservation,” emphasizes Delphine Delord, sister of the park director and president of Beauval Nature. “Conservation is seen today in an integrated way,” adds Éric Bairrão Ruivo, director of conservation. We are becoming more and more involved in conservation in the natural environment. Because the reintroduction of an animal is a realization of failure: it is that we have not succeeded in preserving the natural environment. »

Example of this commitment: the inclusion of Beauval nature in Help Congo, a Congolese association whose vocation is to act for the conservation of primates, their habitats and everything that ensures its balance. Beauval nature took over the management and employs ten people on site. “We take care of the chimpanzees and we work to preserve the natural environment in a park with an incredible biodiversity. We also bring our expertise,” explains Éric Bairrão Ruivo. “That’s why we talk about umbrella species,” Delphine emphasizes. Subwords.Protection of an umbrella species can protect many other species and a biotope.In short, the concept of runoff used to preserve the global environment … 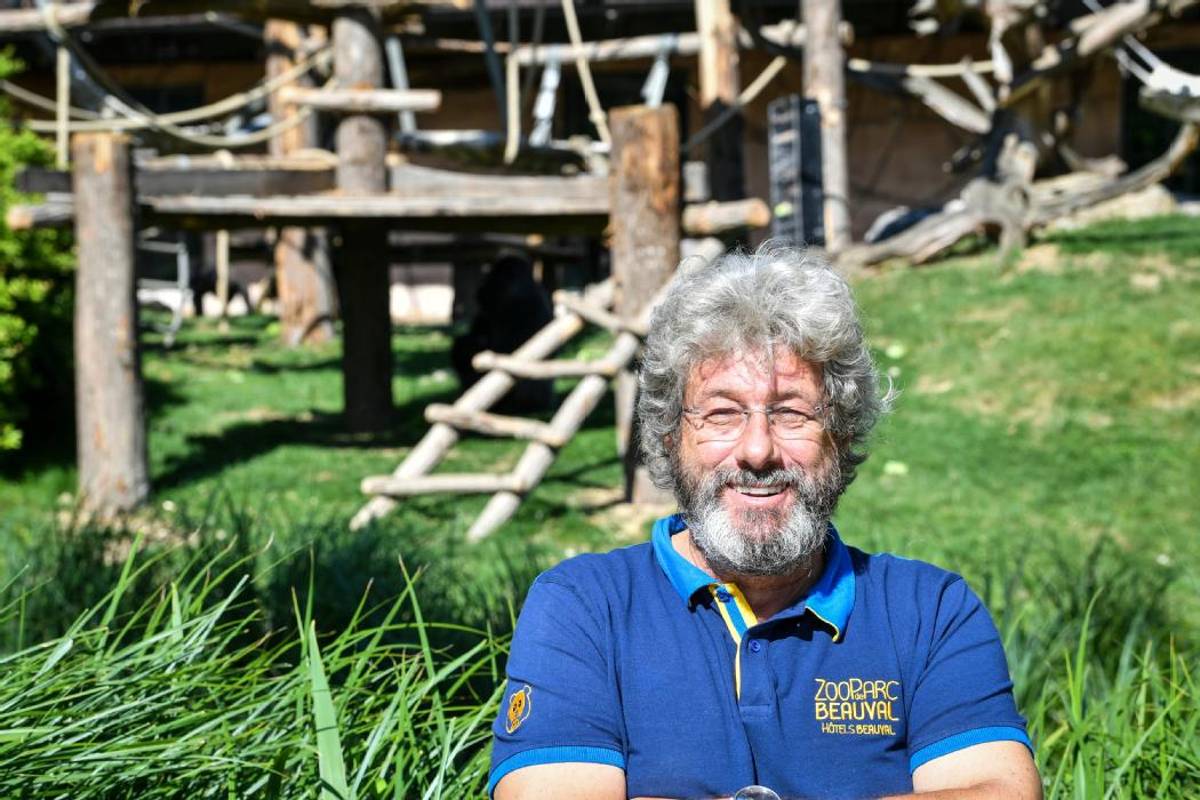 “Preservation is seen today in an integrated way. We are becoming more and more involved in conservation in the natural environment. »Éric Bairrão Ruivo, Director of Conservation.

The approach also involves the fight against poaching. It has thus made it possible to set up camps of secret gold miners and increase public awareness of the conservation of this biotope. Because at the current rate of deforestation, it is estimated that 90% of the apes’ habitats will have disappeared in Africa by 2030.

The animals’ exit from the savannah, a much-watched ritual at Beauval Zoo

“There is no viable conservation program without economic solutions for local people,” says Delphine Delord. That’s why some programs consist of funding rangers in Africa or involving the population in coral replanting in Bali, Indonesia, a legacy undermined by the dynamite and cyanide fisheries.

Another example: Two years ago, the Beauval Nature Association teamed up with the Spygen Laboratory to create the Vigilife program, whose main purpose is to identify biodiversity in the world and monitor its evolution using an innovative technique: Environmental DNA in water. “Samples taken from rivers make it possible to know what species are found in the surrounding area,” explains Delphine Delord.

Our articles on Beauval Zoo

The Beauval nature has also created the world’s first bank of wild elephant sperm, collected in situ and then frozen. “We can thus bring new blood to Europe. It increases the chances of reproduction and thus of conservation of the species, ”explains the president.

All thanks to the money the zoo has earned. 1% of revenue (72 million euros in 2019) is donated to Beauval Nature. “Tourism makes it possible to finance conservation, assures Éric Bairrão Ruivo. And it’s from a private zoo. We show the example. Beauval is a model. Even under Covid, we did not miss a single one of our commitments in a conservation program.”

Zooparc is proud of this know-how and it also knows how to make it known. This year, he has expanded the Beauval nature house, which is located a few dozen meters immediately after entering the park, right on the road for visitors. A giant globe describes the countries where conservation actions and research programs are carried out. Everything is explained there, as is the possibility of sponsoring an animal (read elsewhere). “The money raised does not go to the conservation of this species, but to the conservation of all animals,” Delphine Delord emphasizes. “The goal is to make people understand. We want to excite visitors so they help us protect then.”

Because conservation programs are not just about exotic species, the zooparc de Beauval became an LPO getaway this summer. Together with the League for the Protection of Birds, Beauval Nature will carry out various actions for the benefit of local wildlife. Birds, insects, amphibians, small mammals, bats are the subject of a census and in-depth studies to reflect on how to strengthen their protection and establish facilities. The Beauval nature is also committed to supporting two endangered species conservation programs launched by the LPO: the protection of European mink (a program aimed at increasing the European mink population, estimated at less than 250 individuals in France, in Charente basin) and the protection of about twenty species of birds of prey threatened by human activity (bearded vulture, hen eagle, kestrel, osprey, etc.) and the areas where they develop. 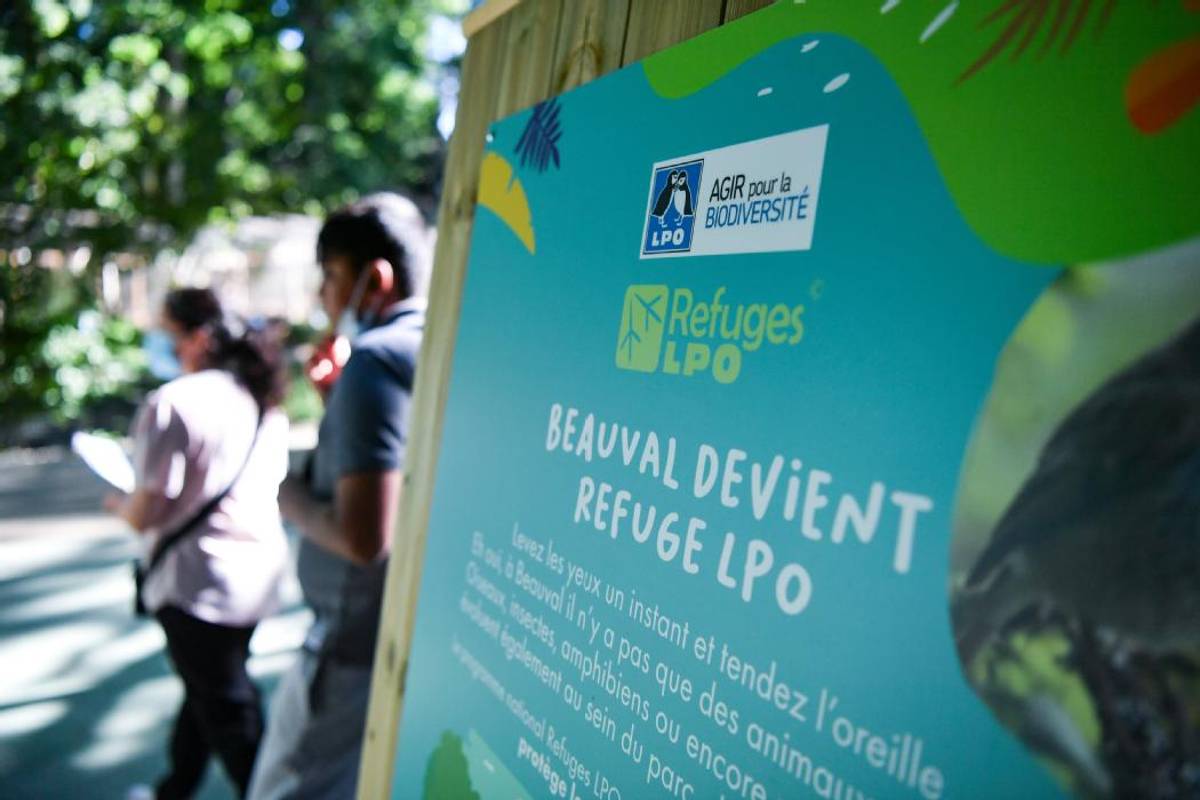 The zoo became an LPO getaway this summer