Who is the microbe?

The creators of Who is the microbe? presented their project at Espace Proxi in the Center culturel Desjardins. The latter is aimed at children of preschool and primary school age and offers a wide range of artistic disciplines and talented artists from the region.

Who is the microbe?presented by Ludo creations, brings together several components such as a story, songs, illustrations, instrumental frames, choreographies and scores.

Authors Lucy Lauzon and Dominique Morissette first brought this story to life, which is accompanied by 14 songs. Subsequently, in collaboration with several artists from Lanaudière, various components were developed that make it possible to present a wide range of art forms ranging from literature to theater, including dance, music and visual arts.

“It is a project that goes back several years. I had written an early version of the story and brought it up to date. I also asked my childhood friend Lucy to find out if she would be a co-author and narrator, ”explains Dominique Morissette, who lives in Notre-Dame-des-Prairies, in an interview with L’Action.

The story is inspired by Microbe and Vélie, Dominique’s cats. It tells the tales of a kitten who has been abandoned and who wants to meet a well-meaning little girl. Throughout the seasons of its first year of life, Microbe will experience all sorts of adventures and will discover that it’s good to be friends with new friends. This is how it becomes possible to get to know Capucine, her sister Isa and her mother Pénélope, Monsieur Bourgeois, uncle Bob, grandmother and several other animals (Vélie, Poussette, Émile, Léo).

“The story is accompanied by 14 songs that go hand in hand with the different characters and a lullaby. There is also a watercolor that accompanies each of the book’s 30 chapters. »

The team of creators consists of Alexandre Bonneau for musical arrangements, Christiane Lapointe for illustrations, Julia Blais for dance and choreography and Fernand De-Crény for production and editing. Robert Morissette, Dominique’s brother among others known to have been part of the Brosse Brothers, signs the preface. “It’s so beautiful to see every talent invested in the project. »

It points out Dominique Morissette, who grew up surrounded by music Who is the microbe? is a project created out of love for the family and the arts. “We discover Microbe through the seasons. For me, it’s a kind of legacy. I still like to show that life is beautiful. We focus on the school environment and early childhood, that is, children up to 10 years, those, who start reading or even those who have not yet read. ”

The author mentions that it is possible to read the story or just listen to it while looking at the pictures. “We cater to parents, stakeholders and also grandparents!”

Institutions in the region will be contacted. “We would like to see how far it goes, because such a complete project requires a lot of investment, but I already have another story in mind. If it grows, the project will continue. With digital, there are no limits, you can reach people anywhere. »

The book and the physical album are for sale via the Culture Lanaudière store, le4673.ca. They can also be purchased at bookstores.

In the online store, which is accessible through the website quiestmicrobe.com, it is possible to get the story in video, the story in sound, the songs, their instrumental versions, the pieces in karaoke version, the choreographies, scores and illustrations. 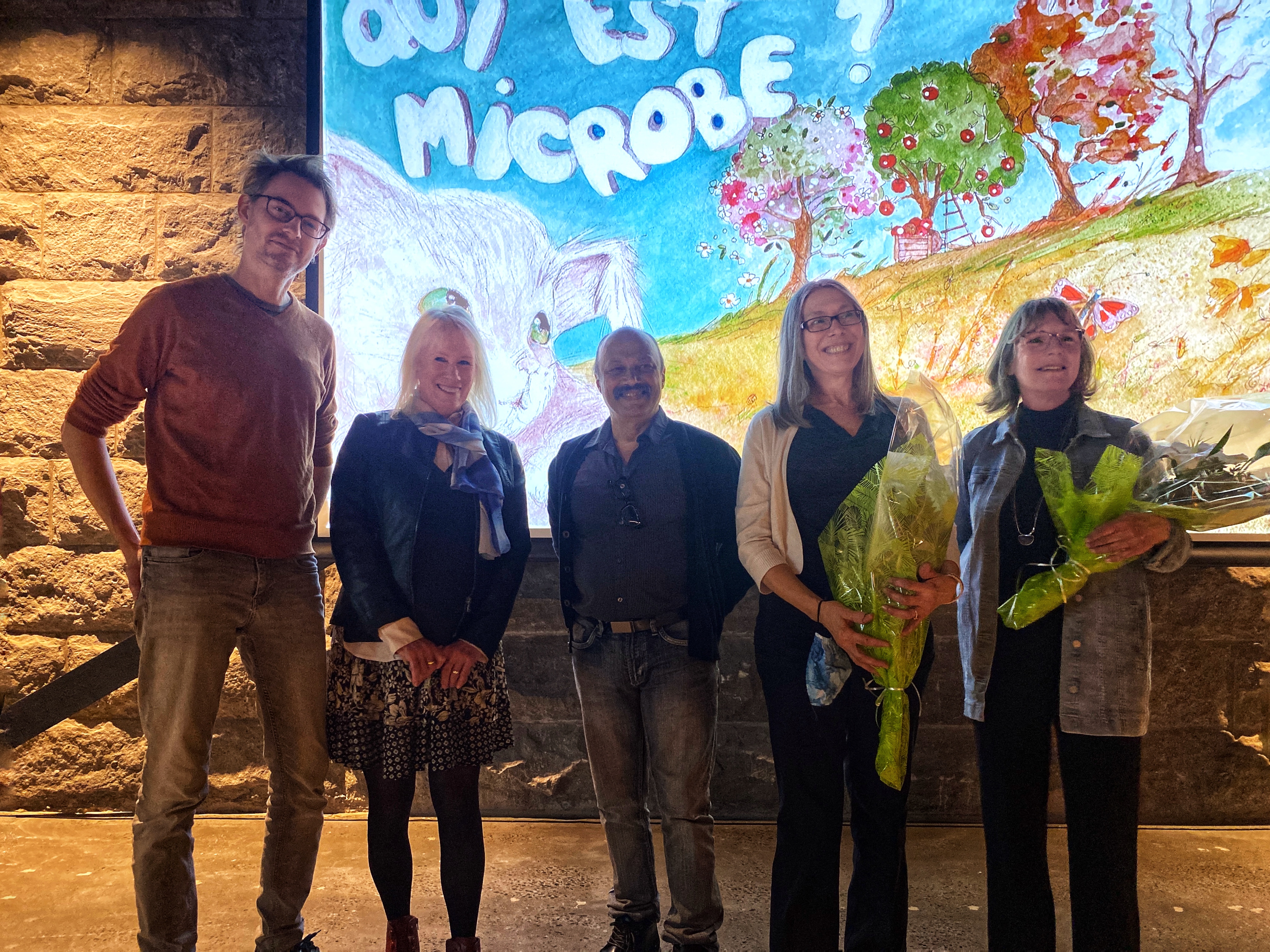